On May 3, 1988, Askov’s main street suffered a disastrous fire that destroyed three of its buildings. Two were businesses and the third was the senior citizen center. It was a devastating loss. At about the same time, the old Civic Center (formerly known as the Danish Brotherhood Society Hall) was very sadly showing its age.

Searching for a Solution

Faced with the probable loss of the beloved DBS Hall as well, the city council, under Mayor Harold Fisher, began searching for a solution. For a time, renovation of the DBS Hall was considered; the costs and needs for modernizing it were phenomenal. Funds were just not available. To make matters worse, the City Office was outgrowing its space in the Kontor Building and the Fire Department could no longer house four trucks and a rescue van in a three-stall garage. The task of finding or funding appropriate buildings seemed monumental. There were many committee meetings; all led to blind alleys. 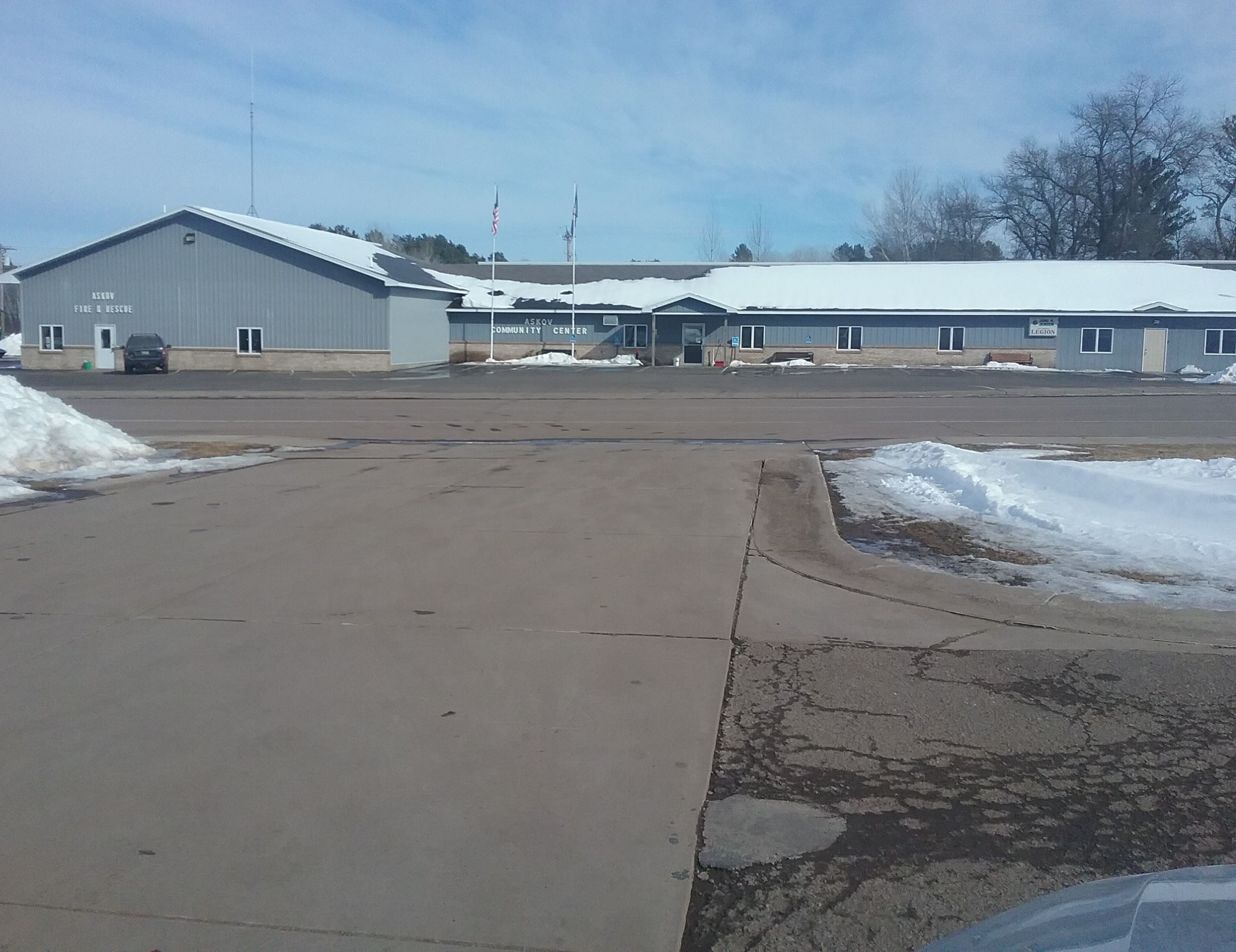 In 1991, Mayor Daryl Klocke took a large step of faith and pushed the council to proceed with a new multi-purpose community center. He said he believed if they just began, things would fall into place. And that is just what happened. On July 10, 1991, Council members John Thinesen and Lynette Storrar made the motion to proceed, and the project, once begun, took on a life of its own.

The council, consisting of Klocke, Thinesen, Storrar and Ted Plunkett, discussed the project in these terms: Realizing that the city was monetarily poor, but rich in talented, willing and generous citizens, the success of the project would depend almost entirely on their donated labor, material, and funds.

On the same day as she received the oath of office as a new councilmember, Lois Ball was appointed the project coordinator for the center. With Ball organizing donations of money and material, with Klocke heading up the construction crews, with Storrar mobilizing an army of ladies to feed the construction crews, the center went up in a series of “phases” as money and donated labor permitted. Each phase had its own name and its own character….”Shingling Shindig”, “Pourin’ the Floorn’, “Hangin the Rock”.

By September 28, 1991, we had a community center at which we held a pig roast, and New Years Eve of 1991, we held our first dance and the first fund raiser for the Fire Hall portion of the complex. The city office was occupied at the end of January and on March 28, 1992, the center complex held an open house and dance with the Senior Citizens providing the refreshments. On April 6, the Seniors began meeting in the center with a performance by the East Central Jazz Band, on April 7 the center served as a polling place for the first time during the Minnesota Presidential Primary and on May 28, Senior Dining opened at the center.

And then it was time to start all over again. On May 23, 1992, excavation was begun for the Fire Hall portion. Work continued on the framework throughout the summer months. The interior was finished during the winter months, and in 1993 the complex was complete inside and out. And all of this was due to the foresight, generosity, and hard work of residents, former residents and friends of the Askov community. You can see their names displayed at the Askov community center. All of us who find a use and a need for this building owe all of them a debt of gratitude.

Today, there are many community organizations that utilize the community center for their monthly meetings. The seniors continue to meet for Senior Dining. The community center is available for rental for your event whether a birthday party, graduation, wedding or any other type of event. Call the Askov City Office to book your event at 320-838-3616.