Create an Account - Increase your productivity, customize your experience, and engage in information you care about.

The Askov Rutabaga Festival and Fair is a seasonal festival held the 4th weekend in August.

A town festival was organized in 1910 where the townspeople shared their vegetables and crops in a fair-type of gathering. Then in 1913, the first town festival began including a fair, parade and meals. Times were hard during the Depression and war, and the festival was not held for several years. The celebration during those early years involved more than one city as neighboring communities joined efforts and resources. The initial years also included the beautiful babes of Askov, but no single queen was selected until 1937. Her name is Josephine Petersen (Jessen) and she was the Grand Marshal of the parade to commemorate our 100th year. 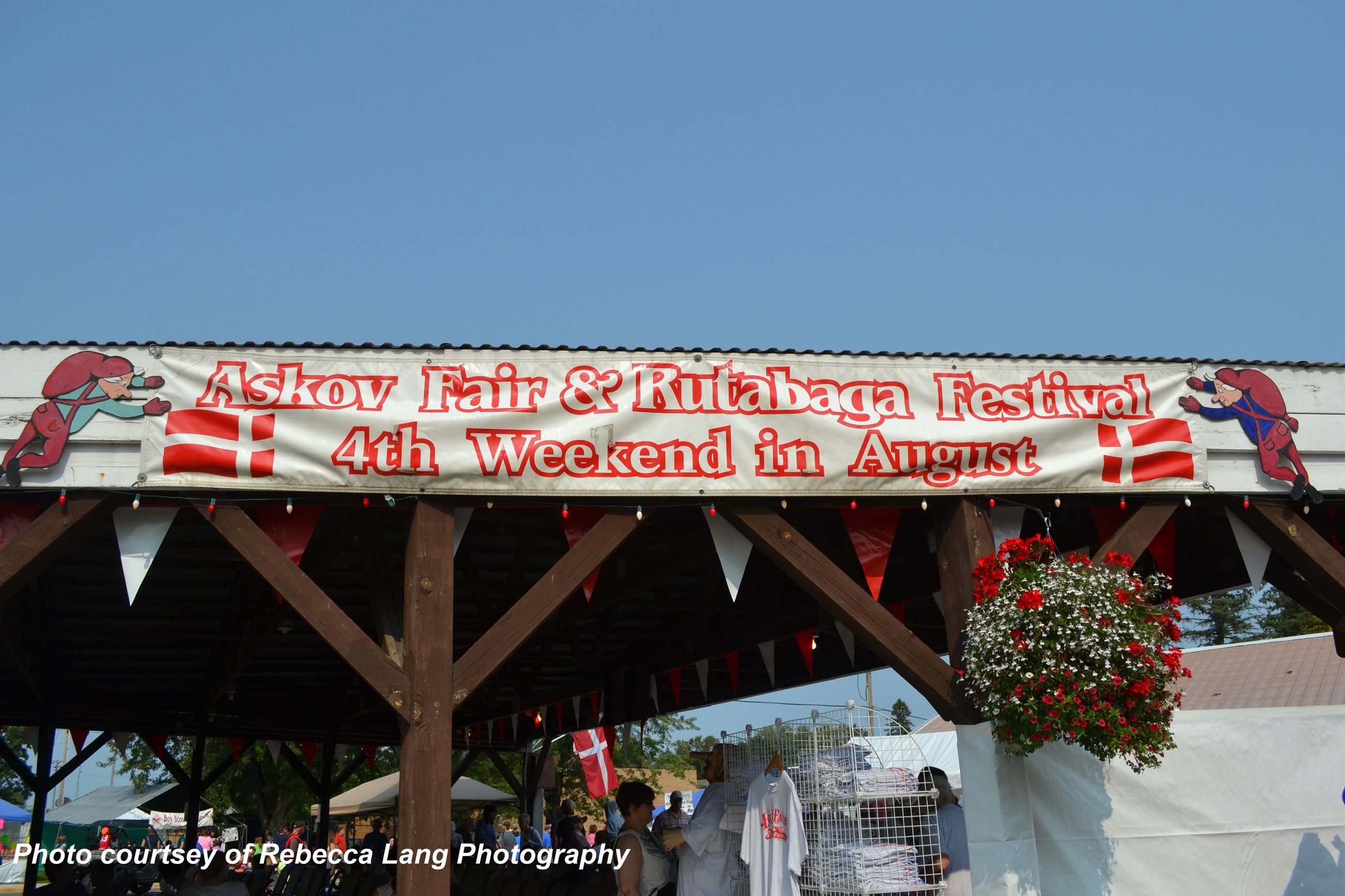 The Festival is Renamed

The festival was renamed The Askov Rutabaga Festival & Fair in 1939. The community at that time was growing and selling rutabagas. There were warehouses in Askov as well as nearby Willow River. In the beginning, there was great discussion about whether to grow potatoes or rutabagas. Just how did rutabagas win that one? The partial answer is that Green Mountain Potatoes were the original cash crop of the early settlers because they grew well in cut-over land. However, Ludvig Mosbaek, Askov's early nursery-man, looked for a cash crop that would be unique to Askov and would also grow well in this soil, and sent to Denmark for rutabaga seeds around 1909.

The Rutabaga Capital of the World

Many longtime residents still recall thinning, weeding, pulling and waxing rutabagas. Askov provided rutabagas to the Campbell Soup Company as well as many other vendors. It became known as The Rutabaga Capital of the World and held that title for over 60 years.

Today, rutabagas are grown only in family gardens, but are still an integral part of our festival. Rutabaga sausage is served along with traditional Danish Aebleskiver. The Askov Rutabaga Festival and Fair Association has retained an old fashioned fair where premiums and ribbons are awarded. A premium list is published in the local Askov American newspaper, for exhibit entries to be prepared from northern Pine County.